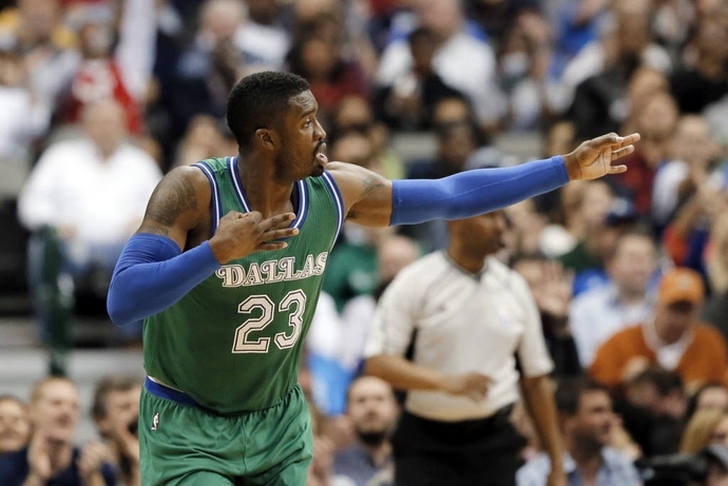 The Dallas Mavericks did not get off to a great start Saturday night against the Nuggets, falling behind by 23 points in the first half. The team was playing sloppy on both ends of the floor, and that caused Mavs fans to start booing the team - something that didn't sit well with guard Wesley Matthews.

"I'm not going to sugarcoat it, we didn't play great," Matthews said. "We played terrible basketball. But we played terrible basketball. Our effort wasn't questioned. Our execution might have been off, but our hearts were in the right place. We're not trying to lose games, we're not trying to be down 23. Credit them, they're still an NBA team. I don't care what their record is, they just beat the Clippers at their place. So we won the game. So for those of you who left early, cool, I hope you got stuck in traffic."

Dallas ended up coming back to win the game 122-116 in overtime, but Matthews said the boos didn't help their comeback effort.

"(The boos) kind of threw me off, but to the fans who didn't booed, the fans who stayed, we appreciate that, because we never lost faith in ourselves, we never lost confidence in ourselves. For them to get loud and for them to cheer, it means a lot. We're going out there working. We may not play the best all the time, but we're giving our all. So for the boos, it's for the birds."

Dallas is now 31-28 on the season and will host the Minnesota Timberwolves on Sunday night. Tip is set for 7:00 pm ET on NBATV.