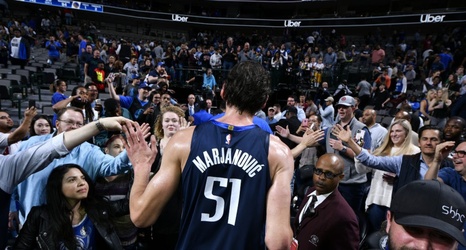 Players watch film on the team plane quite often. Whether it’s on their own or with a member of the coaching staff, players spend time looking over tape from their previous game or of their upcoming opponent.

Earlier this season, Maxi Kleber was on the plane studying tape from the previous game when all of a sudden, he felt someone’s hand on the top of his head. Palming Kleber’s head like a cantaloupe, their fingers wrapped down past Kleber’s jaw.

Only one man on the plane had a hand that big.

When the Dallas Mavericks signed Boban Marjanovic on July 23, you knew Dallas was getting the tallest player in the NBA.