Who dunked it better — Spencer Dinwiddie or Ja Morant? 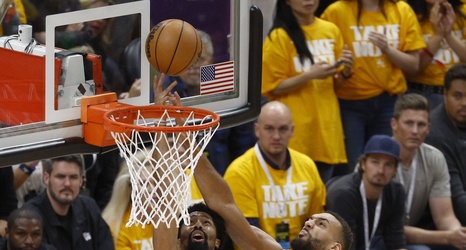 But did those same folks happen to see last Thursday’s dunk that Dallas Mavericks guard Spencer Dinwiddie perfected over Utah’s Rudy Gobert? Both dunks were impressive in their own right, but the differences are as clear as night and day.

Unfortunately for Beasley, he stood near the basket while trying to take a charge from Morant. It was akin to when a player — during the Slam Dunk Contest on NBA All-Star Weekend — would bring someone onto the court so he can jump over them and dunk the ball.