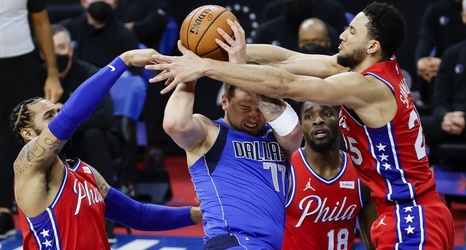 The Mavericks hit the road Thursday night for the first time in 22 days.

Their ballhandling skills apparently did not make the trip with them.

A season-worst night of turnovers doomed the Mavericks as they opened a three-game trip with a major thud, dropping a 111-97 decision to the Philadelphia 76ers at Wells Fargo Center.

The Mavericks had played eight successive games at home and won six of them. They opened this three-game trip against the top team (by record) in the Eastern Conference. And things did not go well.