Three things we observed as the Mavericks hold on against the Spurs, 109-103. 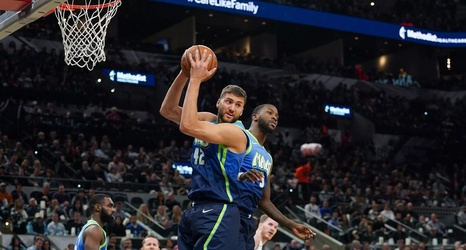 Looking for the 20th road victory of the season, the Mavericks jumped on the Spurs right after the opening tip. While the offense started slow, Dallas was ignited by Kristaps Porzingis’ 16 first quarter points, six rebounds, two blocks, two steals and Luka Doncic’s seven assists. It would have been the perfect first quarter had Doncic not bolted to the locker room after Marco Belinelli swung down down hard on his thumb/wrist. Behind a 56.5 shooting clip, the Mavericks took a 36-30 lead after one.

Dallas stretched the lead to 19 in the opening ticks of the second quarter, but San Antonio answered with an 8-0 run while the Mavericks missed open looks and got sloppy with the ball.