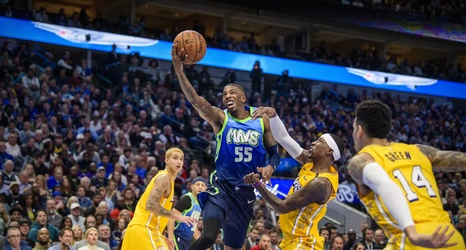 The Dallas Mavericks are 23-15—sixth in the Western Conference—and have dropped five of their last seven games. The Philadelphia 76ers are coming to the American Airlines Center at 25-14 sitting at a disappointing fifth in the Eastern conference.

Dallas is on the second game of a back-to-back, after a dirty diaper of a game against the Los Angeles Lakers. The 76ers, on the other hand, have had a day of rest after two wins earlier this week against the Thunder and the Celtics—an impressive turn following four straight losses.