The Mavericks lack an identity 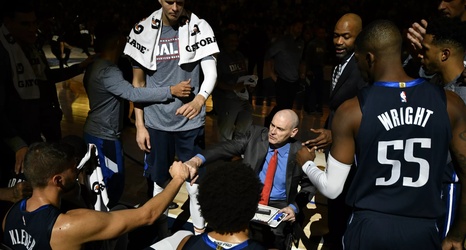 Rick Carlisle knows he has his work cut out for him. Listening to him speak after the Mavericks dispiriting loss to a crappy Knicks team at home on Friday night, you could almost hear the gears turning as he answered questions about the Mavericks tug-of-war rotation right now.

Dallas has played eight games. They have six starting lineups. The sixth was unveiled in the 106-102 loss to New York in Dallas. This one featured a return of Courtney Lee, who hasn’t played since starting the first two games of the season.