Supporting actors? Mavericks have them in abundance 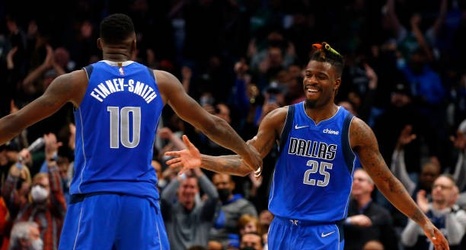 Roles are important in just about every walk of life.

For instance, there can only be one lead actor, or star, in Hollywood productions. But there can be a whole bunch of supporting actors.

The Mavericks have proven to be the NBA equivalent of the Star Wars when it comes to best supporting actor to Luka Donu010diu0107.

In the movie, it could have been Han Solo or Princess Leia or Chewie or even Darth Vader spiking the plotline headlined by Luke Skywalker.

Lately for the Mavericks, it could be Reggie Bullock or Trey Burke or even somebody as under-the-radar as Theo Pinson.