Some familiar faces, and lots to learn from Bucks-Suns final; plus, our predictions 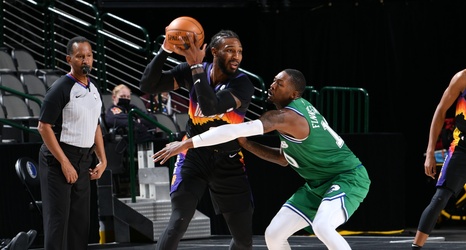 The NBA finals that begin Tuesday night between Phoenix and Milwaukee are full of connections to the Mavericks – some easy to identify.

For instance, former Maverick Jae Crowder is in his second NBA finals in a row. He lost it with Miami last October in the bubble. Nobody saw that coming when he was involved in the trade for Rajon Rondo and Dwight Powell in 2014,

Other links are a bit more obscure.

Like Justin Jackson, who was a Maverick for a year and a half after being acquired for Harrison Barnes in 2019.