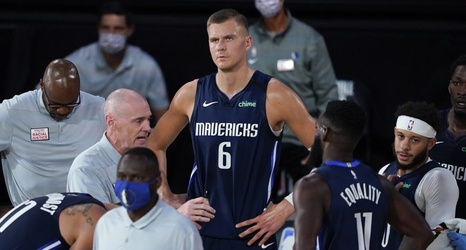 Kristaps Porzingis underwent surgery to address a lateral meniscus injury in his right knee, the Mavericks announced on Friday.

It has been 7½ weeks since Porzingis suffered the injury in Game 1 of the first-round playoff series against the Los Angeles Clippers.

But before Game 4, when Porzingis felt the knee worsening, the decision was made to sit him.