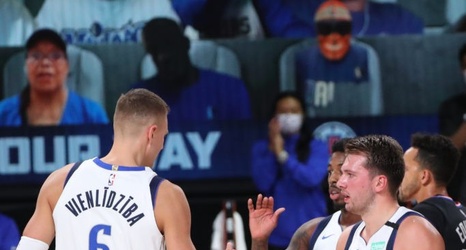 In his unbiased opinion, Brendan Haywood said he is very excited about the young and talented squad the Dallas Mavericks have pieced together, and about the team’s bright future.

A backup center with the Mavs when they captured the 2011 NBA title, Haywood said there are only about three or four players he would take ahead of Mavs point guard Luka Doncic if he was starting an NBA team today. Now a studio analyst for NBA TV, Haywood played 14 seasons in the NBA and shared his wisdom about the Mavs-Los Angeles Clippers first-round playoff series with Mavs.