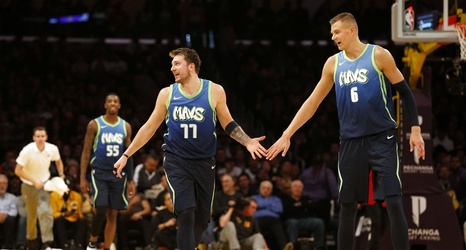 If you ask any true Dallas Mavericks fan out there, they would say that the Mavs are now 2-0 against the Los Angeles Lakers this season. According to the NBA official two-minute report from the last meeting, this would be true, however, the team went into today with revenge on their minds. The first half wasn’t great but the Mavs stayed in the game, trailing 62-59 after 24 minutes.

The start of the second half presented two very different teams from the first half. The Mavs started hitting everything and the Lakers couldn’t get anything to drop.