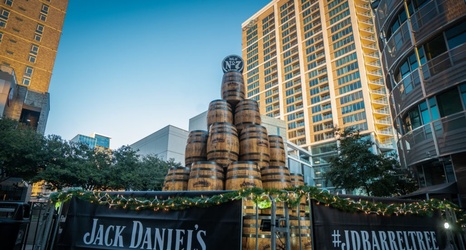 On November 18, 2019, before the Dallas Mavericks took on the San Antonio Spurs, Jack Daniel’s and the Mavs hosted Club Maverick members for a special holiday event. Attendees had the opportunity to sample Jack Daniel’s new flavor, Jack Daniel’s Tennessee Apple, take photos with Jack Daniel’s Halo photo booth, experience a virtual reality distillery tour with VR Headsets, and participate in a toast not only to the start of the holiday season but Cheers to the “Operation Ride Home” program and the joint effort to support our military and armed forces.