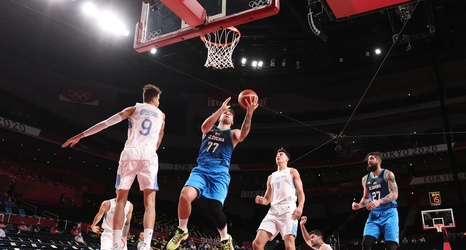 Luka Doncic and Slovenia got off to an outstanding start as they defeated Argentina 118-100 in their first Olympic game. The scores have to be contextualized relative to the shorter game length with FIBA rules. 118 points in 40 minutes is equivalent to a 142 point pace in an NBA 48 minute game.

Luka was phenomenal. He had 48 points, 11 rebounds, five assists and six blocks. He did have six turnovers as he tried to put on a show once the game was largely out of reach. Slovenia outscored Argentina by 34 in the 31 minutes he played which means Slovenia was outscored by 16 in the nine minutes he didn’t.