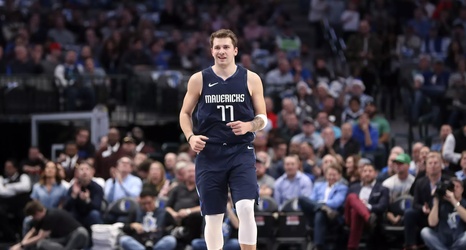 Luka Donu010diu0107 has now tied Michael Jordan for the longest streak of games with 20 points, 5 rebounds and 5 assists since the NBA/ABA Merger, with 18 straight games.

Donu010diu0107 joins Jordan and Oscar Robertson as the only players in @NBA History with such a streak, per @EliasSports. pic.twitter.com/IF6DYj3S6z— Mavs PR (@MavsPR) December 7, 2019

Doncic’s last game in which he didn’t reach that feat was October 29 against the Denver Nuggets where he scored 12 points with four rebounds and five assists.