Luka Doncic leads the Dallas Mavericks over the Lakers in LA 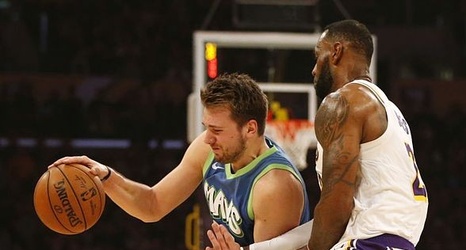 The Dallas Mavericks continued their three-game road trip on Sunday in Los Angeles. They were fresh off a victory over the Suns and wanted to keep that momentum rolling.

It was a difficult test, though. The Los Angeles Lakers had just two losses on the season giving them the best record in the Western Conference. They were also riding a ten-game winning streak entering the contest. The pairing of LeBron James and Anthony Davis is difficult to stop.

The Mavericks got out to a bit a slow start but stayed within striking distance.