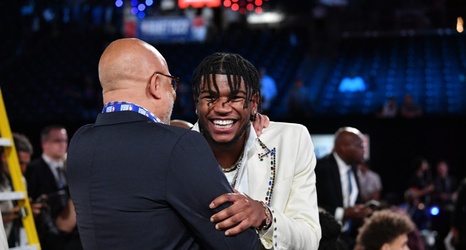 The Mavericks got Hardy with the 37th overall pick in a trade with Sacramento. The Henderson, Nev., native will be making his Mavericks’ summer debut just minutes away from where he went to high school.

Wright played four NBA games last season, three of them with the Mavericks, with whom he signed a two-way contract in February. The 6-9 Wright and 6-4 Jalen Lecque are the only members of the summer-league roster with NBA experience.