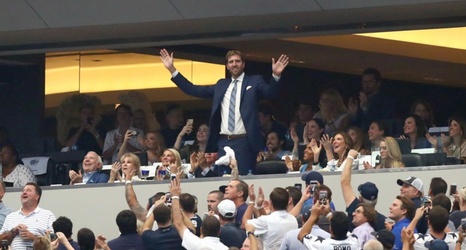 The Dallas Mavericks and their fans were watching closely as the Cowboys hosted the New York Giants on Sunday. First-place in the NFC East was on the line between the two rivals. It was a back-and-forth game all afternoon, but things could a devastating turn for Dallas supporters in the third quarter.

The Cowboys were driving when quarterback Dak Prescott attempted to scramble for a first down. He broke one tackle before being brought down just inside the 20-yard-line.