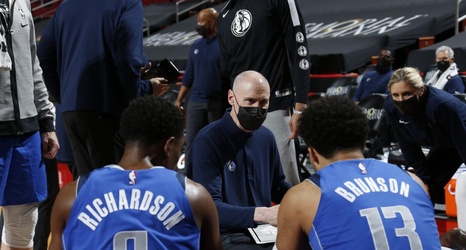 Maybe some things just aren’t meant to be, as if they are prohibited by some galactic force.

How else can you explain the Mavericks’ inability to score a season sweep over the San Antonio Spurs.

After Sunday night, make it 41 consecutive years that the Mavericks haven’t been able to do it. And they may never have a better chance than they did this season.

They had won the first two meetings this season, but on Sunday, DeMar DeRozan and Dejounte Murray had an answer for everything Luka Donu010diu0107 and Kristaps Porzingis threw at them and the Spurs collected a 119-117 victory at American Airlines Center.