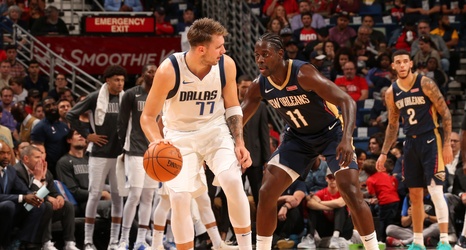 Coming off the biggest win of the season so far, the Dallas Mavericks are now presented with a struggling New Orleans Pelicans team on a five-game losing streak. The Pelicans only have six wins so far, but five of those six are against Western Conference teams and three of them are against current top eight teams.

The Pelicans have scored the ball a lot so far this season. They are currently averaging the seventh most points per game in the league at 114.5. Their offensive rating drops down to 14th, however, as they are one of the faster paced teams in the league.