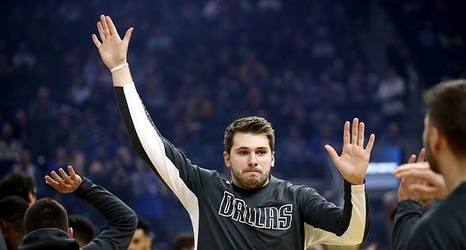 The Dallas Mavericks played the Golden State Warriors for the third and final time this season on Tuesday evening. It was the first of a back-to-back set for the Mavs. They dominated the Warriors in the first two meetings.

Luka Doncic has been phenomenal against Golden State this season. He had a 30-point triple-double in each of the first two games. The 20-year-old star was looking to make it three straight. His main goal was to lead the Mavericks to another comfortable win over the Dubs.

They came out strong on Jan.