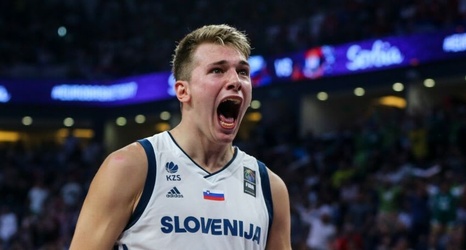 The Dallas Mavericks are preparing for an important offseason, while Luka Doncic is playing for Slovenia for the first time since EuroBasket 2017. He is trying to lead his country to the Olympics in Tokyo later this month.

To qualify, they must win the six-team tournament in Lithuania. Slovenia got off to a strong start on Wednesday as they dominated Angola 118-68. Luka had 13 points, nine assists, and six rebounds in just over 17 minutes of action in the blowout. It was an impressive performance capped off by a nasty dunk in transition.