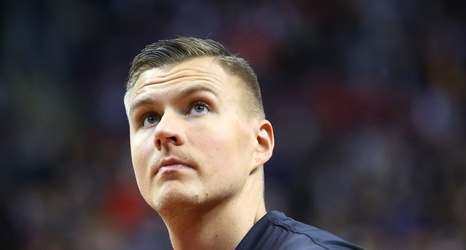 The Dallas Mavericks are finally preparing for a short stretch of easier opponents over the next four games, something that we should all be happy about. To add to that excitement, the return of Kristaps Porzingis is drawing closer, according to Brad Townsend of The Dallas Morning News.

Dallas has been without Porzingis for the past seven games due to a knee injury compounded with a sickness. He needs to strengthen and work his knee at practice, but has been unable to do as much as he would like because he got sick during his rehab, setting him back further.