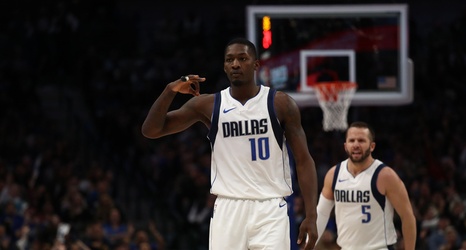 In the summer of 2016, the Dallas Mavericks were coming off of yet another early exit from the playoffs, thanks to Kevin Durant, Russell Westbrook and the Oklahoma City Thunder. It was a strange year for the Mavericks, who had only a few players returning from the year before, and was once again looking like a team that would be returning very few players.

Despite a significant amount of turnover, the Mavs fanbase was at least a little bit optimistic about the season because they had just come off another playoff appearance and they managed to switch out a frustrating Chandler Parsons season with a reigning NBA champion, Harrison Barnes.