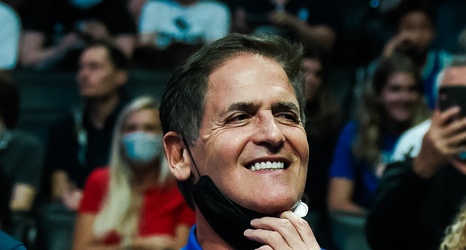 The Dallas Mavericks are a little over a month into the 2021-22 season, and things appear to be looking upwards.

Over the offseason, owner Mark Cuban hired Jason Kidd as his new head coach and Nico Harrison as his new general manager. And so far, the Mavs are in fourth place in the always-tough Western Conference standings.

But Cuban isn’t putting too much stock in the standings as of yet.

“It’s too early on in the standings, because other than Golden State and Phoenix, everybody else is kind of battling it out,” he said.