3 thoughts as the Dallas Mavericks hold off Kyrie Irving and the Brooklyn Nets, 113-109 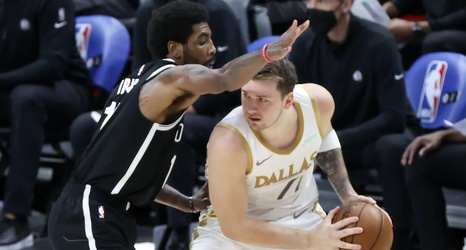 The Dallas Mavericks won at home Thursday night, defeating the Brooklyn Nets 113-109. Dallas is now 10 games over .500 and hold the fifth seed in the Western conference.

The first quarter was not the most aesthetically pleasing brand of basketball by either team. Kevin Durant started the game 0 for 3 and got burned by Luka Doncic on defense. Josh Richardson rewarded Rick Carlisle’s sometimes stubborn faith in him with some early energy. He had three first quarter steals and a couple of early buckets. Tim Hardaway continued his recent play on the offensive end and help bail the mavericks out of some ugly possessions.