3 things as the Dallas Mavericks obliterate the New Orleans Pelicans, 130-84 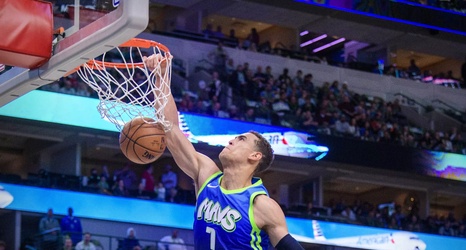 The Dallas Mavericks (16-6) walloped the New Orleans Pelicans (6-17) at home Saturday afternoon, pouring on the points and finishing 130-84. Luka Doncic led Dallas with 26 points and Boban Marjanovic grabbed 16 rebounds off the bench. J.J. Redick was the high point man for the Pelicans with 15.

Dallas opened the game with a quick 11-4 burst and appeared ready to run away with the game. But a sloppy set of possessions on both ends from Kristaps Porzingis (a bad face up jumper, fouled J.J. Redick on a three, poor drive which resulted in a Pelicans fast break lay in), allowed New Orleans to settle and work back into the game.