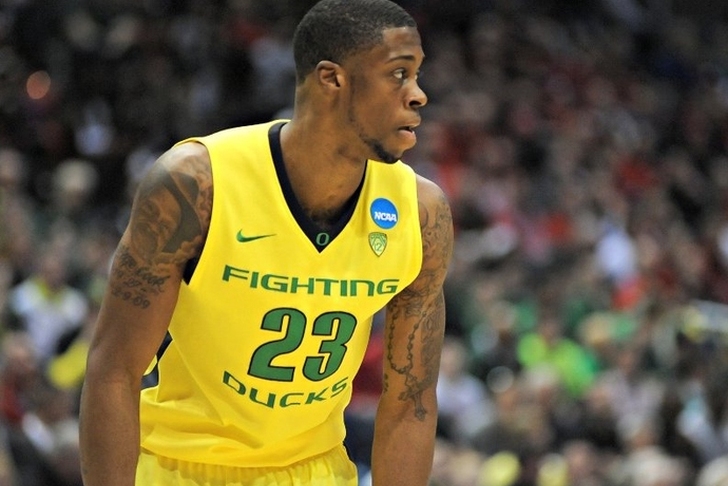 The NBA Finals are over, but the Dallas Mavericks turned their focus to the offseason several weeks ago. The draft is just a few days away and the Mavericks are also preparing the start of free agency on July 1. The Mavs have limited cap space and no draft picks, but there are some rumblings around the Heat. Here are all the latest Mavs rumors and news you need to know.

Mavericks Okay With No First Round Draft Pick?
Dallas is without a first round draft pick this year, as the Boston Celtics have it as part of the Rajon Rondo trade. That leaves the Mavs with just their second rounder, but the team doesn't seem to worried.

"I think this is actually not a bad draft to sit out," president of basketball operations Donnie Nelson told the Dallas Morning News. "Next year's draft is one that you're not going to want to sit out."

The Mavs would have had the No. 16 overall pick, but Nelson doesn't view this as a very deep draft.

"I think once you get to the 20s, you could be looking at the same guy at 40-something that you were at 20-something," Nelson said. "That's not to say we wouldn't rather be picking in the mid-lottery."

While the Mavs wouldn't mind adding a Top 10 talent, that wouldn't have happened at No. 16. Now, they'll focus on who to take with the No. 46 overall pick.

Cook is a second round or undrafted prospect according to Draft Express. The athletic 6-foot-6 forward from Oregon greatly improved his 3-point shot in his time at Oregon, doubling his percentage to nearly 34 percent in his final year. However, he still needs to improve if he's going to make a final roster.

Follow our Dallas Mavericks team page for all the latest Mavs Rumors, or download the Chat Sports App!