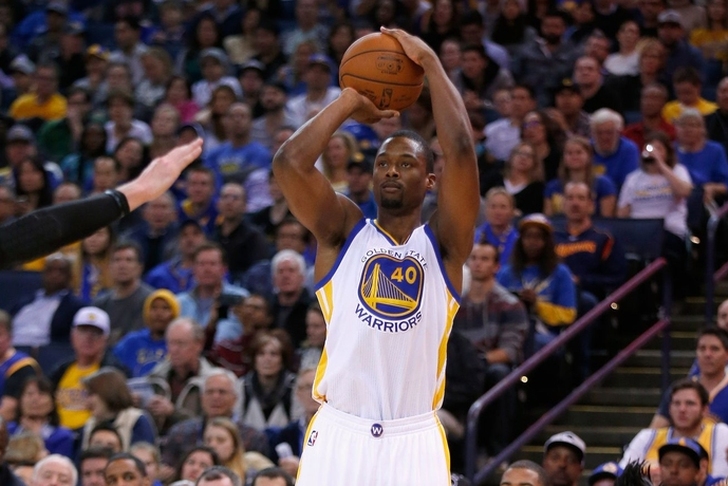 The Dallas Mavericks head into the offseason hoping to add the pieces necessary to turn themselves from a playoff team into a title contender, and are going after some of the top free agents on the open market like Dwight Howard and Hassan Whiteside. Here's all the latest news and rumors surrounding the Mavs' plans this summer:

Mavs to trade for Barnes?
The Warriors have said that they plan to match any offer Harrison Barnes receives in free agency this summer (he's a restricted free agent), but that doesn't necessarily mean he'll be on their roster next season. According to the Sporting News, the Warriors would be willing to do a sign-and-trade, and the Mavericks are one of the teams interested in acquiring him:

The one possible scenario in which Barnes leaves, the source said, would be if he approached the Warriors front office with a request to be elsewhere. If Barnes determines he would like to have a chance to be a more featured part of an offense, the Warriors would likely honor that — especially if a sign-and-trade deal could be worked out. A deal involving fellow free agent Nicolas Batum of the Hornets (Barnes played college basketball at North Carolina) has been rumored, but of course nothing along those lines has actually been discussed.

Several teams with significant cap space this summer — the Celtics, Lakers, Suns, Mavericks among them — have the intention of pursuing Barnes, especially as a fallback option for Durant.

Barnes averaged 11.7 points and 4.9 rebounds per game this season.

Felton wants to return to Dallas
Raymond Felton is one of the several Mavs players that are free agents this offseason, and he is hoping for a return to Dallas next season, according to Dwain Price of the Fort Worth Star-Telegram:

#Mavs FA guard Raymond Felton: "Of course this is where I want to be. I would love to come back here, so hopefully we can make that happen."

Powell hoping for return, too
Dwight Powell spent time on four teams his rookie year, ultimately settling in with the Mavs. Now that he's a restricted free agent, Powell is hoping that Dallas matches any offer he gets on the open market:

Powell can sign a contract with any team he wants. But the Mavs can choose to match the offer and keep him, something Powell hopes happens.

“I’m definitely glad to be in Dallas and I’m definitely proud to have been a Maverick for the last year and half,” said Powell, via the Fort Worth Star-Telegram. “I guess right now I’m focused on improving and trying to take what they’ve been teaching me and trying to continue to develop those things, and whatever happens, happens.

“But I love Dallas. I’ve been through the wringer my first year as far as switching around teams. I’ve learned to be patient, so I have no problems waiting.”