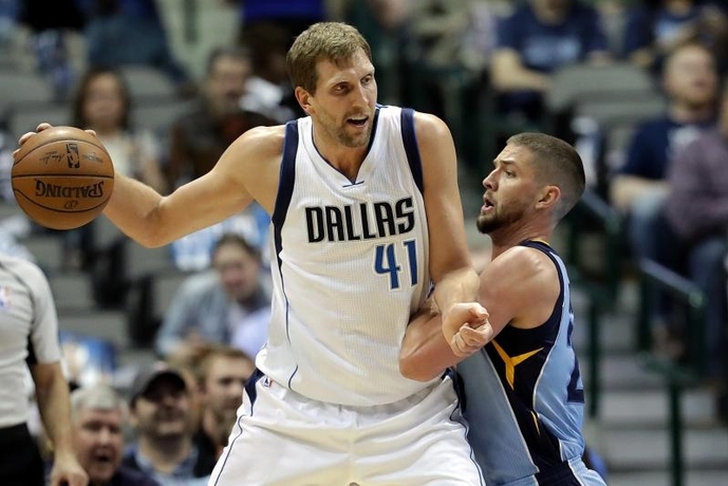 The Dallas Mavericks are close to finalizing a two-year deal with power forward Dirk Nowitzki, according to ESPN's Tim MacMahon.

Sources: The Mavs are in the process of finalizing a two-year, $10 million deal with Dirk Nowitzki. The second season will be a team option.

Dallas declined their team option on forward Dirk Nowitzki's contract for next season, something that was a mutual decision, but always planned to bring him back. The goal was to free up more cap space for the Mavs.

Nowitzki - who received the Twyman–Stokes Teammate of the Year Award this year - said that he plans on playing a couple more years before retiring. This year will be Dirk's 20th career NBA season, making him and Kobe Bryant the only players to play 20 season with one team.

Nowitzki, who just turned 39 years old, averaged 14.2 points and 6.5 rebounds in 26.4 minutes per game. His points and minutes were there lowest since his rookie season.