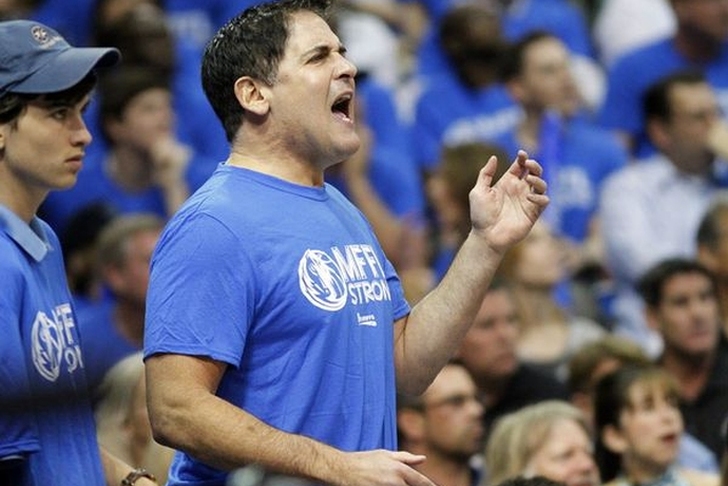 Dallas Mavericks owner Mark Cuban has been critical of NBA officiating in the past, but he went after them again following the Mavs' loss to the Atlanta Hawks. He said the referees have "chosen not to call" defensive three-second violations this season, saying he counting "five, six, seven..." on the sideline multiple times, but no three-second violations were called in the game.

"Something's happening where, and I don't think it's at the league level, but officials have chosen not to call defensive and, in some cases, offensive 3 second (violations)," he said. "The rule's not a difficult rule. Either you're in there actively guarding or you're not. It's not hard to see if you're getting out in enough time. It's crazy."

The Mavs have taken advantage of a NBA system that allows a team to submit calls they believe to be incorrect.

"Not one time, but multiple games where we've turned in seven, eight, nine calls that the league agreed (should have been called) defensive three (seconds)," Cuban said. "When we're sitting there and we're counting out loud and we've turned in multiple games where there's seven, eight, nine missed seconds, and the league agrees with us, you know, what does that say? I have no idea. I'm asking questions more than I'm saying I know where to find the answers."

According to NBAsavant.com, the league is actually calling more defensive three-second calls that last year, up from 0.39 to 0.405 calls per game.

The Mavericks return to action Saturday when they host the Washington Wizards. They are currently tied for fifth in the Western Conference with a 13-10 record.