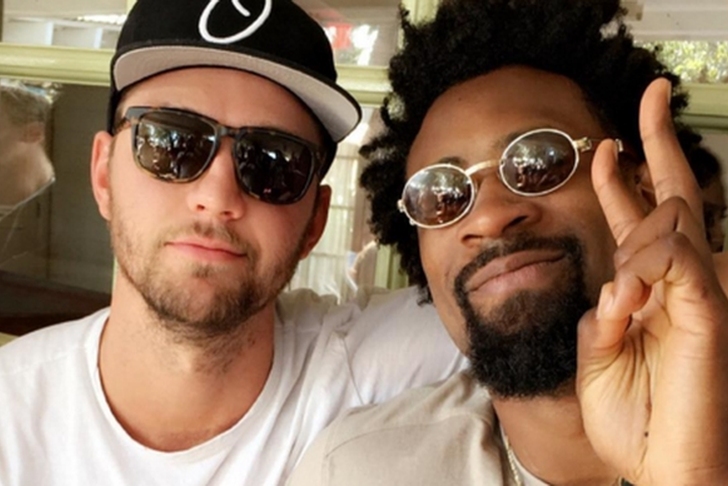 Chandler Parsons is one of three marquee Dallas Mavericks players who are all but guaranteed to enter into free agency, but he might be least likely of the trio to return to Big D.

While Dirk Nowitzki and Deron Williams are likely just looking for some financial security from the Mavs, Parsons -- a player that joined Mark Cuban on his whirlwind 2015 offseason free-agency tour -- will likely be a harder sell given his "GM" savvy. His chronic knee injury might lower his stock, but the versatile forward will undoubtedly still receive attention from plenty of teams around the league given his production while healthy (13.7 ppg, 4.7 rpg, 2.8 apg).

As Parsons mulls his free agency decision, he's been keeping busy off the hardwood making the most of his downtime. But the two athletes he's recently been hanging out will undoubtedly raise the eyebrows of Mavs fans: Los Angeles Clippers center DeAndre Jordan and former Cleveland Browns quarterback Johnny Manziel.

On Sunday, Parsons posted a picture on his Instagram account with Jordan, a player both he and Mark Cuban lambasted after his 2015 free-agency flip-flop that ended with the big man back in L.A. Parsons felt "disrespected" by Jordan at the time of the snub, and took a shot at the big man in November. Considering his "no hard feelings" hashtag, it appears the two have made up. Interestingly, the Clippers might not have a starting small forward next season if Paul Pierce chooses to retire. Could Jordan be trying to lure Parsons to Lob City?

On a more cringeworthy note, sports radio host Matt Mosley claims Parsons has been spotted out on the town with Manziel, a man clearly in need of some personal rehabilition. As Mosley points out, the last thing Manziel needs is a friend taking him out into those kinds of environments, particularly if alcohol is involved.