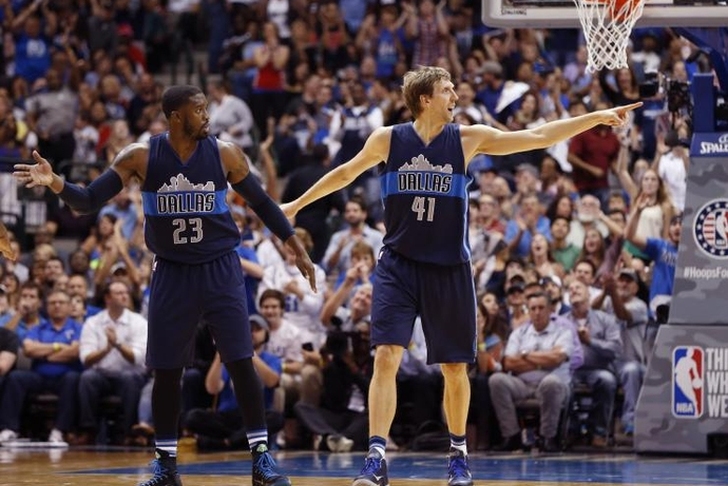 The Dallas Mavericks have been better than expected this season, posting a 12-9 record through the first quarter of the season while still getting healthy. Here's what we've seen from them so far this year:

Even though they've won 12 games, this is the biggest of Dallas' two wins against teams that are above .500 this season, beating the Clippers in center DeAndre Jordan's return to Dallas. This started a six-game win streak for the Mavs.

The Kings are the third-worst team in the Western Conference ahead of only the Lakers and Pelicans, meaning they're a bad loss for practically anyone.

Pachulia wasn't expected to start this year and was basically a desperate, quick patch fix at center after Jordan signed with the Clippers despite previously committing to the Mavs. Instead of being Dallas' weak link, he's been one of their strongest, averaging 10.8 points and 10.0 rebounds per game while being the only player to play and start in every single game this season.

Dallas was counting on Parsons to take his game to the next level this season, especially after missing on Jordan, but he's actually regressed so far this season. They are being cautious with him coming off a knee injury he suffered late last season, but he's averaging just 8.1 points and 2.8 rebounds per game this season. Last year, he averaged 15.7 points and 4.9 rebounds per game - they need him to get back to that level if they're going to make a serious run this postseason.

Promise, promise, promise. We didn't know what to make of the Mavs in the preseason, and it didn't look like they were going to make the playoffs. Instead, they're getting surprisingly great play out of Deron Williams and Pachulia, along with the typically reliable play of Dirk Nowitzki and Wesley Matthews. Once Parsons gets back and healthy, Dallas will be a serious threat to grab a top four seed in the West.