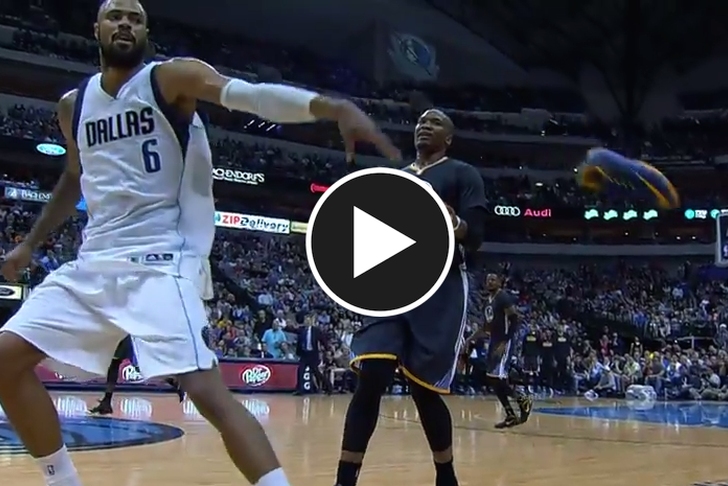 Dallas Mavericks center Tyson Chandler has made a name for himself in the NBA for being a dominant defensive force, but he managed to do something Saturday night he hadn't done before on that side of the ball.

Golden State Warriors forward Marreese Speights lost a shoe while driving to the basket, and when teammate Stephen Curry tried to toss Speights' shoe back to him a possession later, Chandler ran over and swatted it out of bounds!