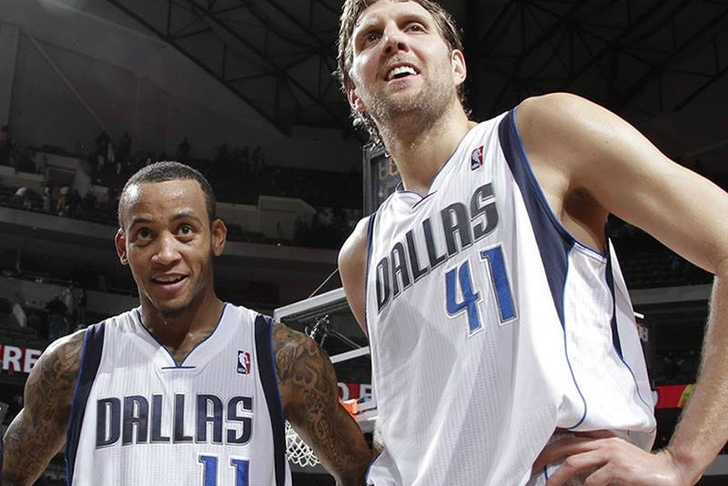 Why aren't we hearing more about the Dallas Mavericks?

Going into Wednesday night's game against Washington, the Mavs were the highest-scoring team in the NBA, had the largest point differential in basketball, turned the ball over less than anyone else, and had the fourth-best record in the Western Conference.

Dallas might have benefited from a soft early schedule, but the way they're dominating teams - 107-80 against the Hornets, 123-70 against Philadelphia (yes, it's Philadelphia...but 53 points!?) deserves some serious recognition. They might not be playing the elite teams yet, but the schedule isn't as cushy as it looks - the Mavs haven't had more than one day off in a row since Nov. 6, and they won't get one until December.

While it's easy to blame the record and the stats on the Mavs' schedule, that ignores just how good this team has looked on the court, even in losses to San Antonio and Miami. Here's what we're seeing so far:

- Tyson Chandler is back. After three injury-plagued seasons with the Knicks, Chandler looks like his old self again...and he's perfectly happy to sneak up on Western Conference teams expecting him to play like he did in New York.

- Monta Ellis is finding his groove. Ellis was excellent at times last year, but his inconsistency prevented him from getting much recognition. This year, he's picking his spots and playing smart basketball...and the Mavs are reaping the rewards.

- Dirk is shooting the lights out. For a player who lives on the perimeter, .547 is an absolutely ridiculous shooting percentage. Dirk is putting up 19.6 points on 13.6 shots so far this year, and he's playing just over 27 minutes a night - for Rick Carlisle, this is pretty much the ideal scenario for the 36-year-old Nowitzki.

- Chandler Parsons is the barometer. In eight Dallas wins, Parsons is shooting .457. In their three losses, he's shooting .232. When he's hot, it opens up the floor for Monta Ellis and Dirk Nowitzki, but when he goes cold, it puts a cork in the offense.

The Mavs won't get much recognition until they replicate their success against the league's best, but that's fine by them - after so many seasons with a target on their back, they're perfectly happy to keep flying under the radar.