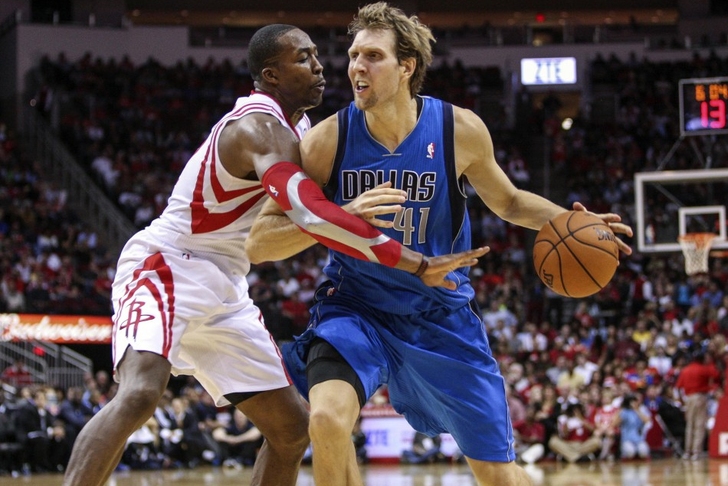 Dallas is coming off a dominant 140-106 victory over the Los Angeles Lakers on Friday night and carry a six-game winning streak into Houston.

The Rockets lost to the Lakers 98-92 in their last game on Wednesday, and are looking to get back on track at home against their in-state rival.

How will Chandler Parsons play against his old team?

Parsons was a key piece to the Rockets' playoff teams each of the two seasons, but signed with the Mavericks in the offseason as a restricted free agent. Houston decided not to match the offer and let Parsons go to their rival, creating some bad blood between the two. Parsons is going to want to have a big game in his return, but he has to be careful not to try to do too much.

Both of these defensive-minded centers have had a major impact on their respective teams' success so far this season, and have the most important matchup in tonight's game. James Harden and Dirk Nowitzki are going to dominate, so whoever can win this battle will give their team the upper hand and probably carry their team to the victory.

This one will be extremely high scoring with two high-powered offenses, but the Mavs are the better defensive team. They're on an absolute roll right now, and I think they get by the Rockets in a tight one.