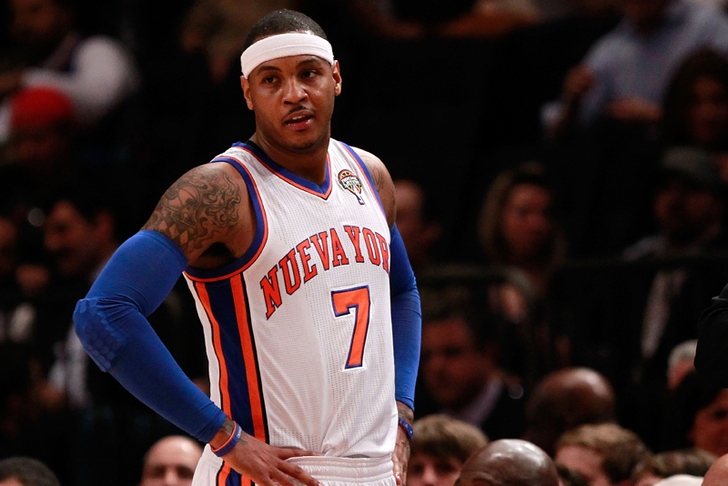 Carmelo Anthony has been a giant part of the Mavs rumors and news cycle over the past few months - so much so that you'd think that Mark Cuban was thinking about breaking out champagne with gold flakes and elephants wearing diamond-studded collars to woo Melo to the Big D.

However, as is usually the case with the Mavericks' organization, the team skipped the pomp and circumstance and got straight to the point in their meeting with the seven-time NBA All-Star.

"The Mavs also focused on the creativity and proven track record of the front office, stressing their plan to sustain a contender throughout Anthony's prime and ability to add at least one more major piece next summer."

In a tweet earlier this week, MacMahon referred to the possibility of the Mavs signing Miami Heat free agent LeBron James to a deal as a "pipe dream" - inferring that the Mavs should focus their efforts on Melo.

After a short two-hour meeting with Anthony (the Bulls' courtship lasted nine), the Dallas Mavericks gave it their best, and simplest, shot.

Can't get enough Mavs rumors? Here's some other team pages to follow: