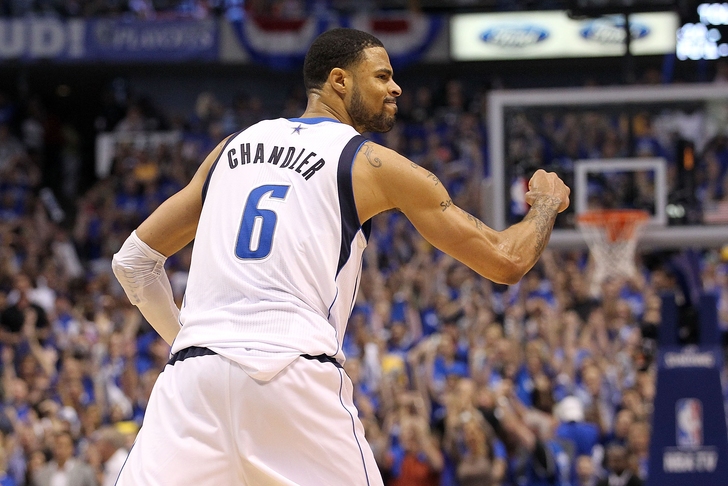 Dallas Mavericks teammates Raymond Felton and Tyson Chandler first met back in 2000 when the high school phenoms were both showcasing their abilities for college and NBA scouts.

Based on how impressed he was with Chandler back then, Felton isn't surprised about Chandler's success as an NBA center.

Felton sees a lot of dynamic traits in Chandler's game, some of which he doesn't have to employ because of just how talented this Mavs team is.

"He can shoot the mid-range decent, he can put it on the floor in the post and face up, but with the type of team we have there’s no need to do anything extra with his game," Felton assessed. "We have scorers at every position, going down starting with Dirk (Nowitzki) (power forward) all the way down, we can put the ball in toehold. But Tyson is really big and really key for our team.’’