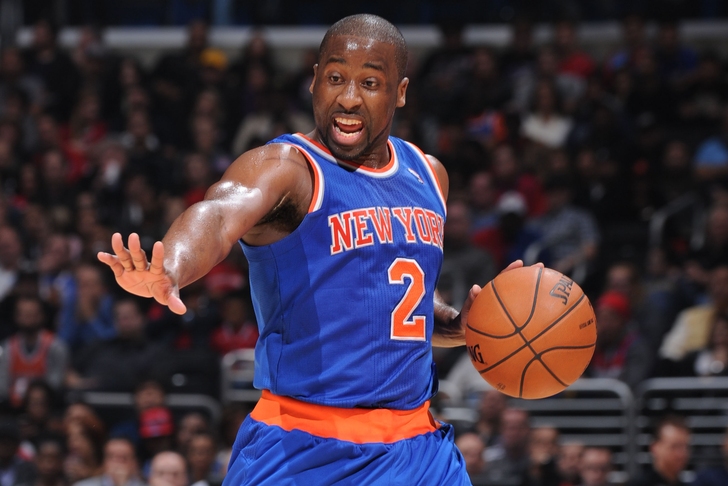 Dallas Mavericks guard Raymond Felton's four-game suspension officially began on Monday, with Felton watching the team's game against the Charlotte Hornets with his family at home.

Per Brad Townsend of the Dallas Morning News, Felton was present for the team's early shootaround at Time Warner Arena. However, per league rules regarding suspensions, he wasn't allowed in the building for Monday's game seeing that his suspension officially began when the teams tipped off.

When asked today if he was finally glad to get the suspension started (a punishment incurred after he pleaded guilty to weapons charges last year in New York), Felton nodded.

"Just go ahead and get that whole situation that happened last year totally behind me," he said, via Townsend's article on Monday. "This right here is just the last step, just getting the suspension out of the way and being able to move on."