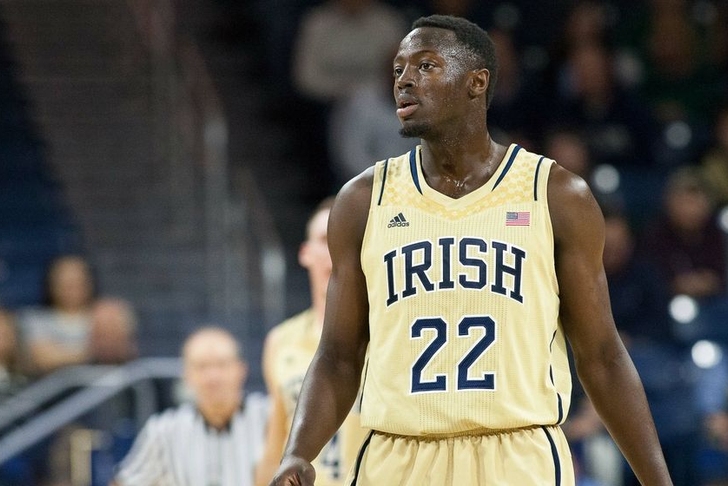 The Dallas Mavericks have the No. 21 pick in the NBA Draft, and there has been a lot of clutter to sort through as to their plans with the pick. Here are three rumors you need to know:

With just days to go until they hit the clock at #21 in the 2015 NBA Draft, it appears the Dallas Mavericks have a handful of point guards on the mind as potential fits for the selection.

Here’s Earl K. Sneed of Mavs.com with the report:

Entering the offseason with concerns at point guard as four-time All-Star Rajon Rondo and frequently-used veteran backup J.J. Barea both enter free agency on July 1, the Mavericks could certainly look to add a player capable of stepping in right away via the draft. And according to mock drafts around the internet, the likes of Duke’s freshman standout Tyus Jones, Notre Dame’s senior Jerian Grant and Utah senior Delon Wright could all garner consideration.

It now appears you can add two more names into the hat for the Mavs to consider with the No. 21 pick in Murray State sophomore Cameron Payne and Louisville sophomore floor general Terry Rozier, according to CBSSports.com and NBADraft.net.

2) Will Dallas Take A Chance On A UNLV Prospect?

If the point guards Dallas wants are off the board at No. 21 - a possible scenario - they could look at two UNLV prospects, Christian Wood and Rashad Vaughn, according to Mavs Moneyball.

Whatever team drafts him is doing it for upside only. He's an athletic freak of nature. When he is engaged on the court, the sky's the limit for him. Look no further than Dec. 23, in UNLV's biggest win of the year over then-No. 2 Arizona. Wood scored 24 points, grabbed 10 rebounds and was a dominant force in the second half.

That's the kind of player Wood can be. In a big game, he performs at a high level. Despite losing to San Diego State in the conference quarterfinals, Wood scored 21 points and had eight rebounds. In his last 15 games, Wood averaged 17.7 points and 10.4 rebounds. He was even on the watch list for the Karl Malone Award, given to the best power forward in the country.

He's a guard who needs the ball in his hands and isn't afraid to put a team on his back, hence the reputation of being a high-volume shooter. But think of it like a LeBron James situation right now — he has to take all the shots. Vaughn had to take all the shots for UNLV. He shot 43 percent from the floor, but the 39 percent from 3-point range is what jumps out at you.

No, Rashad Vaughn isn't the second coming of LeBron James. But the way he played for UNLV was almost what LeBron is going through right now. A lot of iso plays were run for Vaughn at the top of the key, with the only options being drive to the basket or pull up for a jumper. Eight times out of 10, running an iso for Vaughn worked. That scoring threat gives him great ability to attack the basket and draw fouls.

3) Could Dallas Make A Draft Day Trade For A Veteran Player?

Another option for Dallas if all of their top targets are off the board is to make a trade for a veteran player. The Mavericks are desperately looking for backup help, but also don't want to reach for a player. In the event that Jones and Grant are gone, look for them to trade back a few slots for Wright, or to trade their pick for a veteran rotation piece.

Follow our Dallas Mavericks team page for all the Mavs news and rumors!