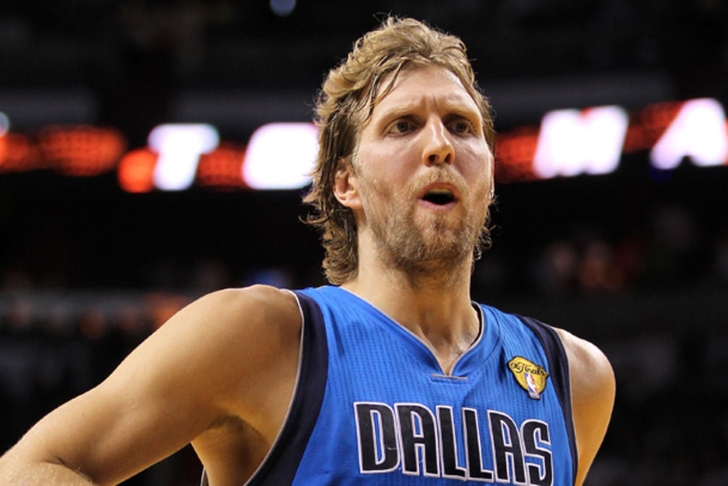 The Dallas Mavericks are quite aware what they have in future Hall-of-Famer Dirk Nowitzki. However, when even an inkling is presented that Dirk may not be being utilized to his fullest potential, one Maverick in particular wants the questions directed at him.

Speaking with Tim MacMahon of ESPNDallas.com, Dallas Mavericks head coach Rick Carlisle made it abundantly clear that Nowitzki's early surge was part of the plan: “We want to get him touching the ball early in the game in every game...If it doesn’t happen, I blame myself for it."

Rick Carlisle's philosophy won't garner many detractors, either from within the Dallas Mavericks or from the fan base. Nowitzki went on to put on a simply spectacular effort for the rest of the contest against the Jazz--finishing with 31 points on 12-of-14 shooting.

As of this writing, Nowitzki (26,426 points) is just 520 points behind Hakeem Olajuwon (9th all-time with 26,946 points) for the most points scored ever by a foreign-born NBA player.

Can't get enough of your Dallas Mavericks? Download our new IPhone app at the link below, and follow our Mavericks team page.