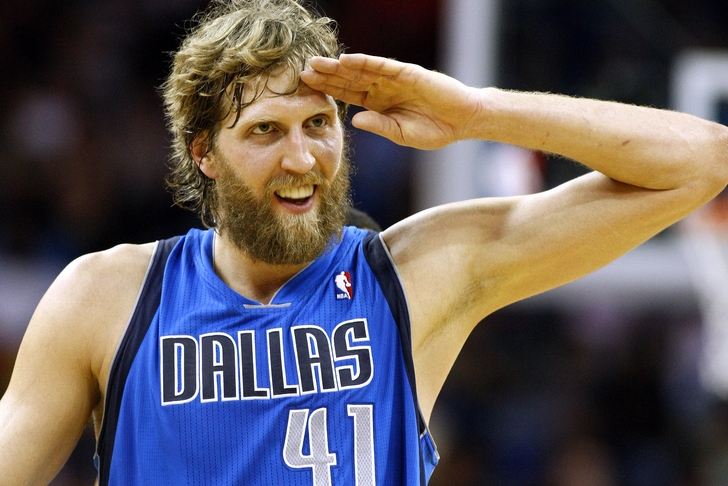 The long, winding odyssey of the 2013-14 Dallas Mavericks could end up in a playoff berth for the Mavs as soon as tomorrow night, due to the help of tiebreakers.

So tweets Dwain Price, Dallas Mavericks beat writer for the Fort Worth Star-Telegram:

Because of the tiebreakers in their favor, the #Mavs will clinch a playoff spot with a win Saturday over the #Suns.

With just four games to play, the eighth-seeded Dallas Mavericks (48-32) sit one game ahead of the Memphis Grizzlies for the final playoff spot in the NBA Western Conference. However, the Mavericks are two games ahead of the Grizzlies in the win column, and hold a 3-0 season series advantage over the Grizzlies -- guaranteeing the Mavs to advance to the playoffs if the two teams are tied record-wise a the end of the season.

The Dallas Mavericks are 6-4 in their last 10 games, doing just enough to keep themselves in the driver's seat for a playoff berth in the highly-competitive NBA Western Conference.