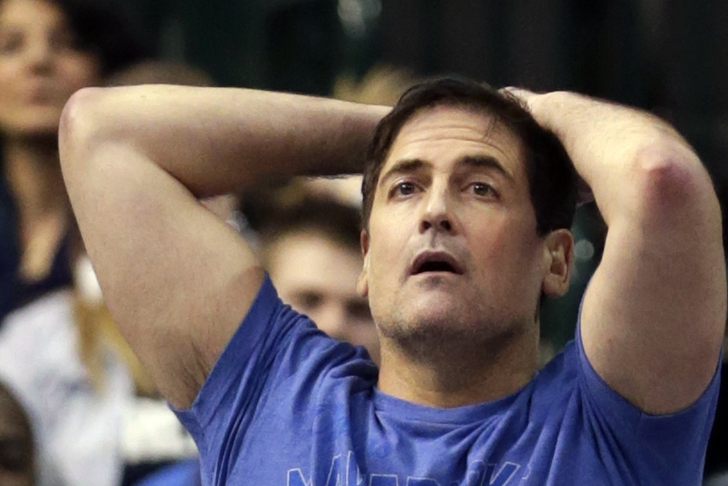 Despite the Dallas Mavericks being embroiled in an absolute fight of a Western Conference quarterfinal series against the San Antonio Spurs, the question on everyone's lips these past couple days involves what the NBA should do with alleged racist Clippers owner Donald Sterling.

According to Brad Townsend of the Dallas Morning News, "Cuban called the racist comments attributed to Sterling as “abhorrent.” Cuban also supported the possibility of NBA commissioner Adam Silver imposing a maximum fine, but he stopped well short of supporting Rockets owner Leslie Alexander’s call for Sterling’s removal as owner."

Cuban also made it clear that if the NBA's investigation into an audio recording leaked by TMZ Sports proves Sterling to be behind the racially-charged statements contained within, he feels NBA commissioner Adam Silver should throw the book at Sterling:

“Yeah, whatever the maximum fine is, they can fine him,” Cuban stated. “I don’t know what the other options are beyond that. That’s something Adam will decide and he’ll make that decision and I’ll support him.”

Your Dallas Mavericks whenever and wherever you want them. Download our new Chat Sports iPhone app and follow our Mavs team page today.