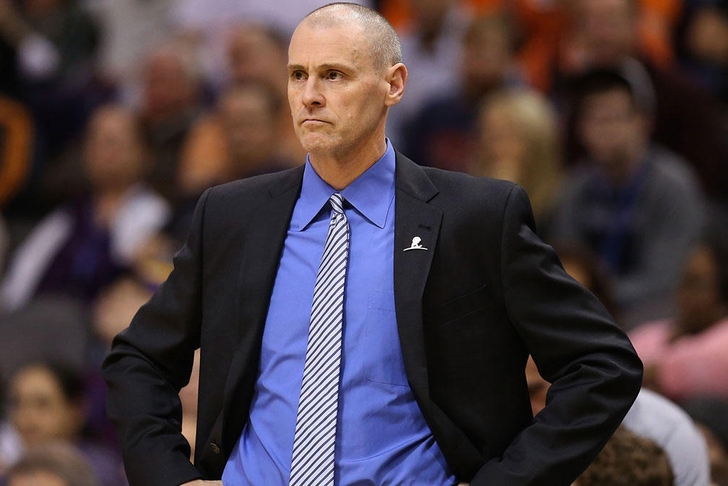 The Dallas Mavericks haven't exactly been in a jovial mood the past couple days after a heartbreaking 123-122 home defeat at the hands of the Minnesota Timberwolves on Wednesday.

However, in advance of tonight's home tilt against the Denver Nuggets, Dallas Mavericks head coach Rick Carlisle made a point of bringing some levity to his pre-game press work.

In light of his Dallas Mavericks giving up 66 points to the Timberwolves in a dismal first half on Wednesday, Carlisle was asked if he had a structured plan to get his players back on defense in transition.

“There is a great amount of evidence to the contrary, but yes,” Carlisle quipped.

When reporters later made a point to remind Carlisle that the Denver Nuggets had lost 11 of 12 prior to defeating the Dallas Mavericks in Denver earlier this month, Carlisle went into full standup comedian mode --

“We’ve gotten a lot of teams going this year,” Carlisle stated. “Look at Toronto. We got them going back in January. We got these guys going. And maybe it’s coincidence. Whatever. But they’re good. They were bound to get rolling at some point.”

The Dallas Mavericks hope to start rolling themselves, with six games (including tonight) left on a pivotal eight-game homestand. The Mavs currently sit at 1-1 on said homestand.