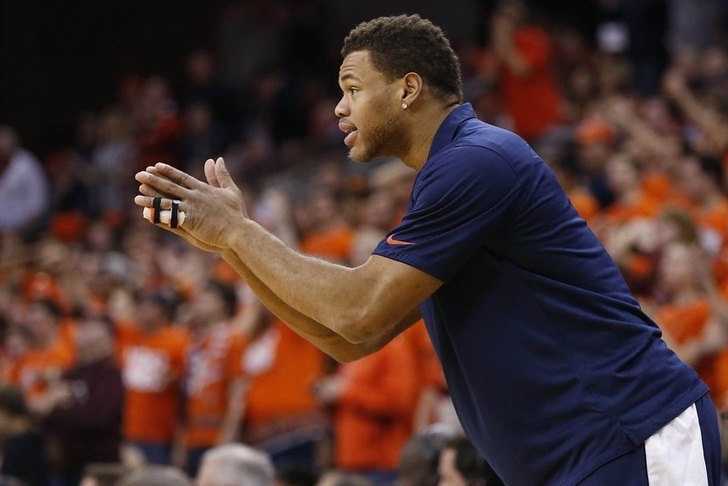 With the 21st overall pick in the 2015 NBA Draft, the Dallas Mavericks select Justin Anderson out of Virginia.

Anderson’s bid for All-American status was dashed by a pinky injury that cost him eight regular season games in 2014-15 and an emergency appendectomy that seemingly took the wind out of his sails in the NCAA Tourney. However, Anderson should be 100% ready to go for summer league activities and his NBA-ready frame and length will be coming along with him. He’s a fantastic leaper and an explosive wing attacker who can do a little bit of everything in his swingman role, and it’s that versatility which will likely make him a valuable and moldable NBA talent for years to come.