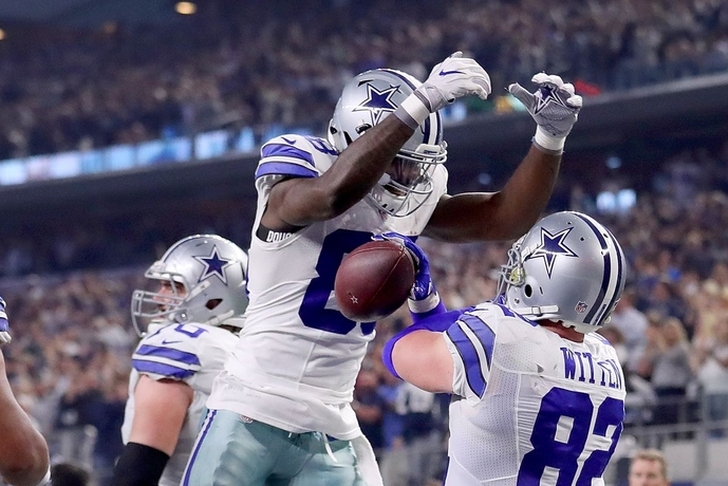 The Dallas Cowboys picked up an impressive 24-19 win over the Indianapolis Colts on Saturday night, but wins and losses don't matter much this time of year. It's about the play on the field, competing for playing time and making sure everyone is sharp for the regular season. Here are the biggest takeaways from the third preseason game:

Dak Prescott is ready for a breakout season
Prescott and the starting offense were on the field for just two drives at the start of the game, and did they ever make an impact. He was 7/8 passing for 106 yards and a touchdown with the lone incompletion coming on a pass that was batted down at the line of scrimmage. Dallas only faced one third down on either drive and converted it, showing how they were able to consistently gain chunks of yards on every play.

It was Prescott's first appearance of the preseason and he showed major strides of improvement. Cowboys fans should be very, very excited about what he will do this year.

Dez Bryant will be more of a focal point on offense
I say this with a caveat - Bryant has always been an impact player and the best receiver on the team, but he wasn't always a focal point of the Cowboys offense last season. In their effort to ease Prescott along, Dallas focused more on the running game and on shorter passes - Prescott only threw 36 passes last season that traveled over 20 yards in the air.

One game is a small sample size but the Cowboys showed an increased emphasis on getting the ball to Bryant. He caught two of the four passes thrown on the opening drive, including a long touchdown.

Dak to Dez to start the game for the #DallasCowboys! #INDvsDAL #NFL pic.twitter.com/nxl27dCtPL

You were expecting something else? @dak Prescott to @DezBryant for the LONG TD on the opening drive! #DallasCowboys #INDvsDAL #NFL pic.twitter.com/jvlxWW4Gtm

With Ezekiel Elliott suspended for the first six games of the year, it looks like the Cowboys will be giving Bryant plenty of opportunities to make plays.

Kellen Moore continues to struggle
Following a poor performance against the Los Angeles Rams in the last preseason game, many were curious how Kellen Moore would rebound. Well, it didn't go well.

Moore finished his outing completing 10/21 passes for 131 yards and that fumble, failing to lead the Cowboys into the end zone one time. That 6.2 yards per attempt is not going to get it done.

The Cooper Rush experience continues
Further complicating matters for Kellen Moore has been the emergence of undrafted rookie Cooper Rush. He has easily been the best quarterback (other than Prescott) to take the field for the Cowboys and he continued his strong play, throwing more touchdowns (two) than incompletions (one).

Cooper Rush (.@rush_cooper) throws his 2nd TD of the game, this one to Lance Lenoir (@successfulj7_)! #DallasCowboys #INDvsDAL #NFL pic.twitter.com/NVldUPPL0j

Rush took the field right after Moore, meaning he has already jumped Luke McCown as the No. 3 quarterback on the depth chart. Many think that Moore's spot as the backup on this team is safe, but two more games like this from both Moore and Rush and there might be a change at that No. 2 spot.

The running game will be fine without Ezekiel Elliott
Zeke certainly gives this Cowboys team a different dimension and is arguably the best back in the league, but Dallas was able to move the ball effectively on the ground without him. Darren McFadden picked up a very respectable 59 yards on just nine carries, and while he did have a drive-ending fumble in the red zone, he has enough of a track record to show that's not an issue the Cowboys need to be concerned about.

Keep in mind, McFadden ran for over 1,000 yards behind this offensive line two years ago before Dallas drafted Elliott. It won't be the same, but the Cowboys will still have a very respectable running game during Elliott's suspension.

Jaylon Smith!
Smith made his long awaited career debut tonight, getting the start. For a player coming off a major injury who hasn't played in over a year and half. Smith played well and showcased the speed, athleticism and instincts that made him a top 10 talent before the injury.

The Notre Dame product did show some expected rust and overran a lot of plays (he may have been a bit overexcited to be on the field), but in all, it was an encouraging debut for him. Dallas limited Smith to 12 snaps but were happy with what they saw.