WATCH: Every Cowboys Touchdown From Dallas' 35-10 Win Over The Browns 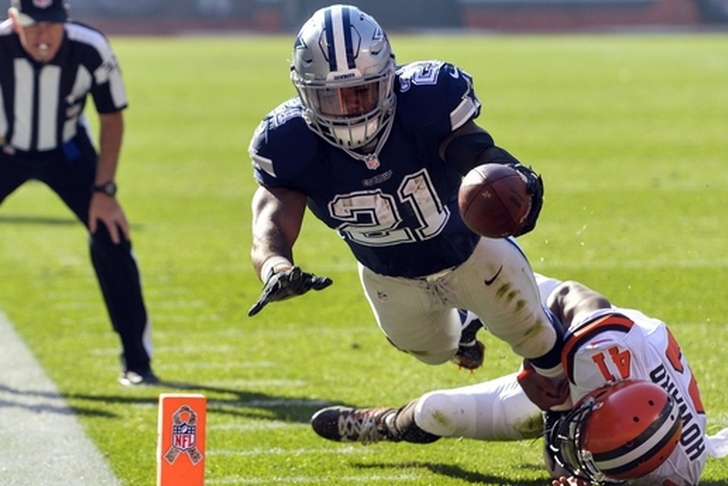 Coming off an OT win over the rival Philadelphia Eagles and with the Pittsburgh Steelers next week, the Dallas Cowboys' game Sunday against the Cleveland Browns was a potential trap game. It was anything but, as the Cowboys rolled to a 35-10 win. The Cowboys even took their foot off the gas in the scoreless fourth quarter.

Check out every Cowboys TD from their win over the Browns below.

Down 3-0, the Cowboys used the same connection that helped them beat the Eagles. Dak Prescott found Jason Witten for the score to give the Cowboys a 7-3 lead. They wouldn't trail the rest of the game.

Early in the second quarter, Ezekiel Elliott extended the lead for the Cowboys on a diving TD run.

Inside the two-minute warning, Dak Prescott found Cole Beasley to give Dallas a 21-3 lead.

After a Cleveland TD, Elliott gave the Cowboys a 17-point lead once again. He scored his second TD of the game on an 8-yard run.

To cap off the scoring, Prescott threw a TD pass to Gavin Escobar. The TE has hardly played this year.

The score made it 35-10 and that would be the final as well. All videos are from the Every Cowboys TD Facebook page.