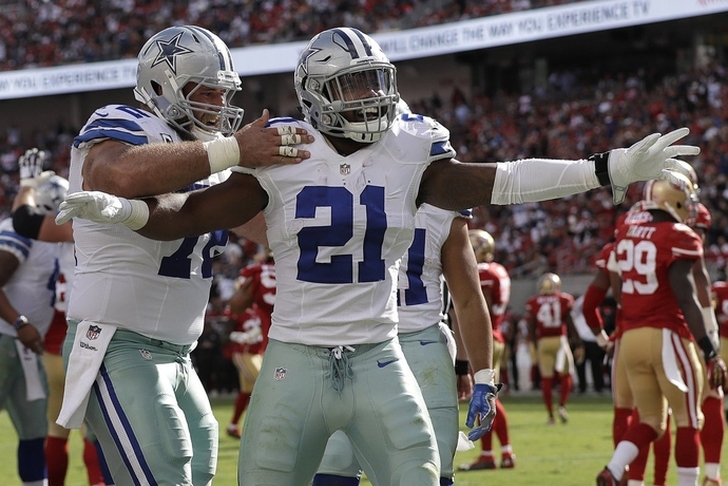 The Dallas Cowboys fell behind 14-0 early against the San Francisco 49ers, but that didn't matter. The Cowboys rallied and went on to beat the 49ers 24-17. Ezekiel Elliott shouldered the burden for Dallas, racking up 136 yards and a score on 22 carries. The 49ers had just three points after starting two TD drives. The Cowboys are now 3-1 with the win.

Check out every Cowboys TD from their win below.

Down 14-0 with just over three minutes to play in the first half, Dak Prescott delivered. He found WR Terrance Williams for the 20-yard score.

The Cowboys managed to tie it up before the half, with Prescott finding Brice Butler for the score.

Down 17-14 late in the third, Ezekiel Elliott plunged in from a yard out to give the Cowboys the only lead they needed.

The Cowboys went on to win 24-17 after a Dan Bailey field goal. The defense stood strong late to ensure a win.

All videos are via the Every Cowboys TD Facebook Page.