Tony Romo Out For Season 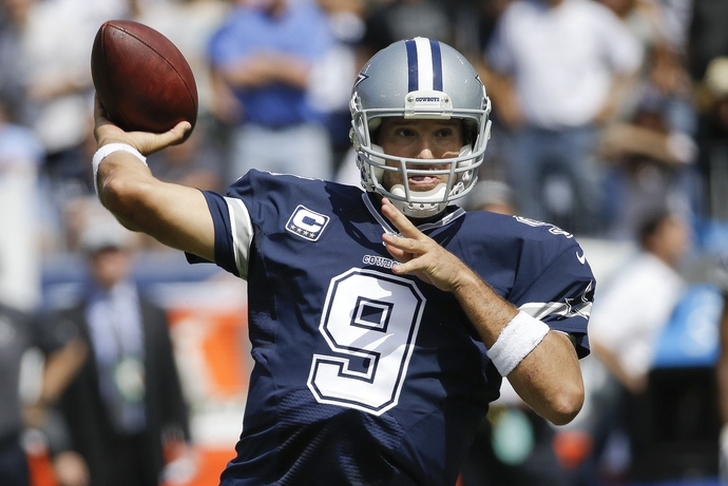 As feared, Tony Romo fractured his left collarbone again. He's out for the season and the Cowboys' playoff hopes are gone.

A bad game may have become even worse for the Dallas Cowboys. Tony Romo was sacked by Carolina Panthers LB Thomas Davis in the fourth quarter and Romo landed on his left shoulder.

Romo missed two months with a broken collarbone in the same shoulder earlier this season. He entered the locker room for x-rays on the collarbone. He will not return to the game. Given that Romo has only just returned from the original fracture, there is reason to be concerned about him re-injuring his shoulder.

Romo struggled against a very good Panthers' defense. He completed just 11 of 21 passes for 106 yards and 3 interceptions. Two of those went for touchdowns.

With Romo out, Matt Cassel entered the game for the Cowboys. The Cowboys do not have a No. 3 QB on the roster.

After the game, Romo said his shoulder felt similar to when he injured it in Week 2. He'll receive a scan to confirm the severity of the injury tomorrow. It doesn't sound promising for Romo and the Cowboys.

The Cowboys went 0-7 without Romo. If he is out for even a few games, their slim playoff chances are gone.