Would the Dallas Cowboys swap Amari Cooper for Sammy Watkins? 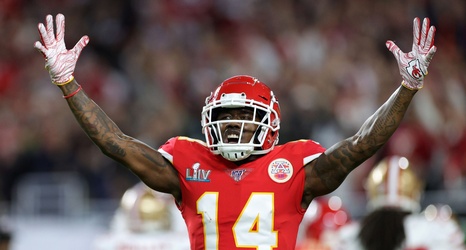 The Dallas Cowboys have some big names to make decisions on this offseason. The three biggest, of course, are pending free agents in quarterback Dak Prescott, wide receiver Amari Cooper, and cornerback Byron Jones.

With a focus on Cooper, the Cowboys traded away a first-round selection to the Oakland Raiders for the Pro Bowl receiver midway through the 2018 regular season. And that move resulted in Dallas turning their season around two years ago.

But coming off an 8-8 record and considering the Cowboys parting ways with head coach Jason Garrett and a majority of the coaching staff last month, Cooper’s future with America’s Team is in question.